The Hermes Standard IPC-HERMES-9852 at electronica 2018 in Munich

Which means for most of the electronics assembly equipment industry: Compared to the “odd” years, November is a rather calm period. This is because there is electronica instead of productronica in Munich, as the two “sister shows” are taking  turns at the Munich trade show grounds of Messe München.

And electronica, as “everybody” knows, is a very much “components-centric” trade show; “machines” or even full assembly lines are not in focus. Accordingly – although electronica is significantly bigger than productronica (about twice the size and visitors and almost three times in exhibitors) –  the “even years”- show in Munich is not a key exhibition event for the “assembly line” – industry.

Except of course for the “inspection & test” equipment faction, which has a dedicated hall (A3) at electronica.

Yet by now it will be quite a number of additional people having heard about IPC-HERMES-9852, the next generation technology for “SMEMA”.

Thank You very much to all The Hermes Standard Initiative members at electronica. We hope you had a very successful time in Munich. Looking forward to see you all (the very very latest) back in Munich by November 2019, when there is again an “odd year”. 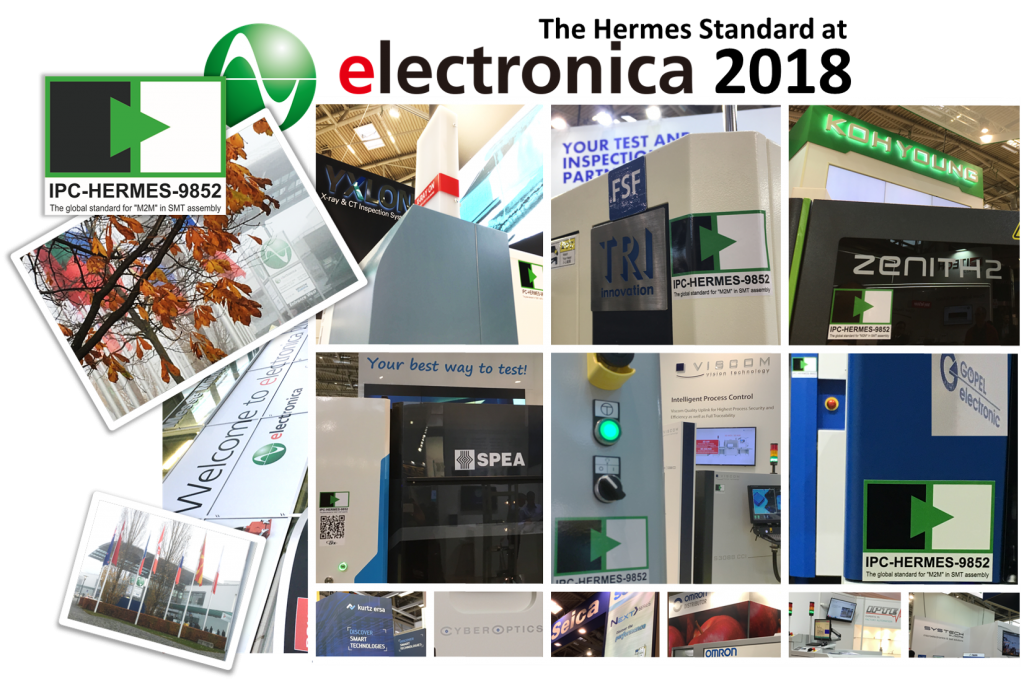 The Hermes Standard Initiative at Productronica.

Passing the baton: Håkan Sandell of Mycronic is new chair of The Hermes Standard Initiative